The slippage saga is thankfully coming to an end. Even after all my best efforts, it seems that the issue was related to something I had not foreseen. The experience has helped confirm the use of this blog as a cardboard chewbacca. During research about hidden size on BYBIT and book cleaning, I was reading the API change logs and noticed that the open-api was in the process of being deprecated. I didn’t think too much of it other than the need to upgrade due to the old endpoints being decommissioned.

Then I looked at the results… 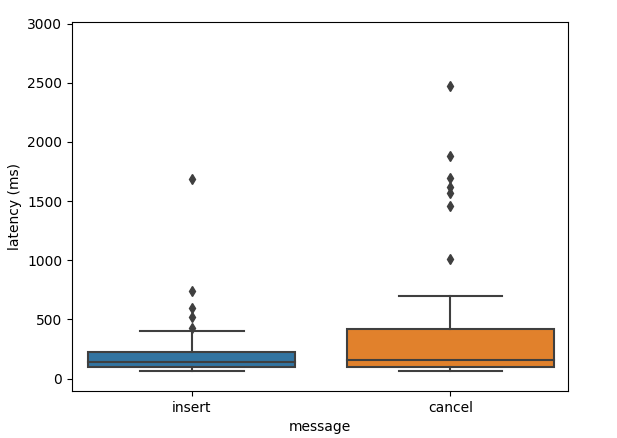 These were the latency results using the open api from a machine with 7 ms ping to the gateway. The average trade latency was 180 ms but there were very long tails. One order took 7 seconds which is not on the chart since it was such a massive outlier, it made seeing the core of the distribution difficult. 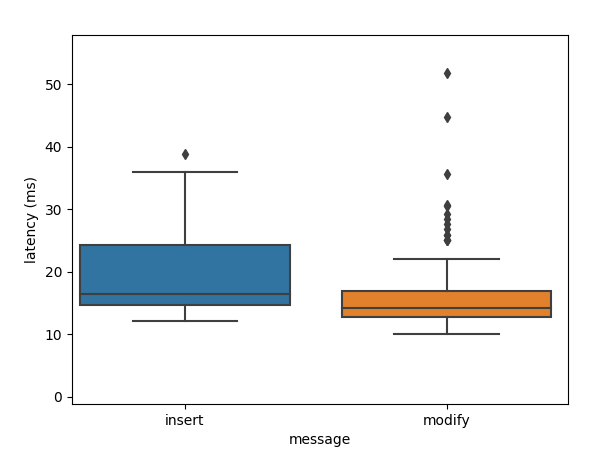 This code uses the v2 api and modifies orders rather than cancel replacing them (hence no cancellation latency). Using the new api has made a massive difference not only to the average exchange response time but to the tails of the latency distribution. The mean insert latency is now 16 ms, but the worst case was only 40 ms. The other benefit of using modify orders is that its latency is lower than using an cancel insert. The modify latency distribution has a longer upper tail however the need for modifies is conditional on the market moving. So every order has an insert but only order in markets moving against the order require modifies. Thus it is not surprising the tail of the modify distribution to be higher.

This has also made a marked improvement on the overall slippage numbers.

The slippage numbers are now within my original expectations (I thought it would be about the BYBIT rebate of 25 bps). Likely the true slippage is higher in volatile markets but I have much more confidence now the live platform is working as expected.

Looking at the limit order book of paper and production fills they now line up closely.

What I thought would be a couple of days of work turned out to be a week, but I am glad there was a happy ending.